Tour Down Under 2019 Pictures and Giveaway!


The searing summer heatwave conditions thwarted my plans to attend many festivities
but I did get down to McLaren Vale–again–where it is always a few degrees cooler and where the exciting final stage and punishing Willunga Hill would determine the overall tour winner.

Before you think you will be bored with more photos from McLaren Vale, think again. This year I bring you different behind-the-scenes pictures of things you do not always get to see on the television broadcasts.

I'm also excited to conduct Lupey Loops' very first giveaway! Are you in?  If it proves to be popular, there might be more giveaways in future.

As usual, we arrived in McLaren Vale early to enjoy the fresh summer morning. (By the time the starting gun fires, the late morning sun is high in the sky ready to burn anyone who forgets to sunscreen themselves.)

It was lovely just to stroll down the main street and enjoy the atmosphere, full of smiles, activity and anticipation.


The 2019 Tour Down Under is the first one without former cyclist and commentator Paul Sherwen who passed away suddenly on 2 December 2018.  As discussed in the previous blog entry, there's a lot of love for Paul Sherwen and Phil Liggett in South Australia. They were frequent visitors to the McLaren Vale area and won the hearts of locals who are feeling the loss.

The hospital fundraiser displayed a large sign depicting a photograph of Paul with the words:


VALE
PAUL SHERWEN
1956–2018
with love & thanks from the people of
McLaren Vale, McLaren Flat,
Willunga and Aldinga.


We had a great view of pre-race activities as the team buses rolled in, jam-packed with gear–bikes, toolboxes, picnic boxes, first aid kits and racks of helmets and whatever else I'll never know. All I do know is that some of those buses, when they opened their tailgates, had not an inch of space to spare.

All the team buses are the same except for one–the bus of the Bora-Hansgrohe team–which arrived with dark tinted windows so no one could see inside. This bus carried one of the biggest celebrities in world cycling, the World Champion Slovakian rider, Peter Sagan.  He has been a huge favourite of fans, especially female fans!  He's a bit of a 'rockstar' on the cycling circuit.

He is a most extraordinary rider. His skills are remarkable. That comes from a background of mountain and off-road biking.  He exudes natural talent and the things he can do on a bike leave me, a former commuter road cyclist, in awe. Anyone could be forgiven for thinking that he was born attached to a bike–he's like a gymnast with wheels.

This year, I got to tell him in person!  While he has probably heard plenty of the same compliments over and over, he was very gracious and friendly and gave his full attention despite a crowd of people all clamoring for the same.  There was a lady next to me who had travelled across the country from interstate to try and meet him. She was clutching his recently published autobiography and he kindly signed it for her and also had a few words.


Peter Sagan's team-mate and right-hand man, Daniel Oss, is another rider that I hoped to meet.  He is a very aggressive rider in the races and friendly with the public but he appeared almost shy as he sat in the background while Peter Sagan did his thing with the fans.  Everybody's preparation is different.

One of the remarkable aspects of the Tour Down Under is that it is a totally portable event.  The teams and organisers bring everything they need on the day and within hours of the event finish, it is all packed up and gone. You would never know there had been a world-class international sporting event earlier in the day.

The only indications in McLaren Vale the night before, were orange traffic cones along the main street preventing parking along the kerb where the race barriers etc. will be needed.

Riders from different teams get to mingle and chat.  Local riders, many of whom are based overseas now, get to see family and friends. One of them was Jay McCarthy who has his own local fan club!


Every year the Tour Down Under has provided tours for all sorts of groups who seek to get 'up close and personal' with the riders and behind-the-scenes access. Of course, these are available for a higher price.

Every time I have come to McLaren Vale, there has been a chaperoned "Ladies' Day" type of group. They have special seating reserved for them so they don't miss any views and always accompanied by a glass of sparkling wine! How appropriate for a race in a wine region like McLaren Vale or the Barossa Valley.

This type of experience would be a great introduction to the world of cycling for those who haven't been before and want to soak in the atmosphere of the event or for those who are familiar with cycling and want a little more from their race day experience.

I had a great race day experience because I managed to get the autographs I wanted!

Back in 2017, I shared photographs of the Tour Down Under Parade (Tour Down Under 2017 at Marvellous McLaren Vale, 3 Feb 2017) and of some of the goodies given away by race sponsors.

This year, I collected a few things with you in mind so I can share them  physically and not just photographically!

I've put together two little souvenir goodie bags to give away right here on the Lupey Loops blog. It doesn't matter where in the world you are, if you would like a chance to receive one of these, please leave a comment below before midnight, 28 February 2019 (Australian Central Daylight Savings Time +10 hrs 30 mins GMT).

Early in March I will put all the names in a hat and the first two drawn will be the recipients.  Only one entry per person please.  The results will be posted in a comment at the end of this blog entry. If time and energy permits, There might also be a separate announcement in a new blog post as well.

Feel free to leave your email address in your comment so that I can notify you directly should your name be drawn.  Be sure to check back to see the results.

I am very lucky to have a loyal readership and to have made such lovely friends through blogging.  This is my way of giving back to everyone who supports Lupey Loops and a bit of fun for all of us. 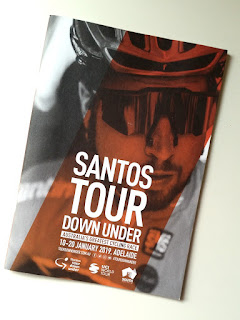