… on the beautiful Fleurieu Peninsula
where I've had a lovely time with 'bards and bikes'.

Beginning with a night of fun and frolic with a picnic performance of William Shakespeare's Comedy of Errors by the Raw Shakespeare Project and finishing with the 2019 Tour Down Under.

The play was held at the McLaren Vale and Fleurieu Visitor Information Centre which has a cafe, wine tasting centre, shop and art gallery. The audience brought along their picnic blankets and baskets.  We could spread out on the lawn or sit at tables on the verandah under the grapevines.


Comedy of Errors is a very funny play. If you are not familiar with it, it is the story of two sets of twins that become separated and the ridiculous situations that befall them when they cross paths years later.

We had a real treat with the Raw Shakespeare Project because they had genuine identical twins in their company.  Clever costume design and use of accessories help the audience track which twin is which but the costumery is so similar that it does require one to look twice!

The cast had a lot of fun with the script. There was bawdiness and brawling and wit with double entendrés and other wordplay.

We had a lot of laughs and thoroughly enjoyed the performance. 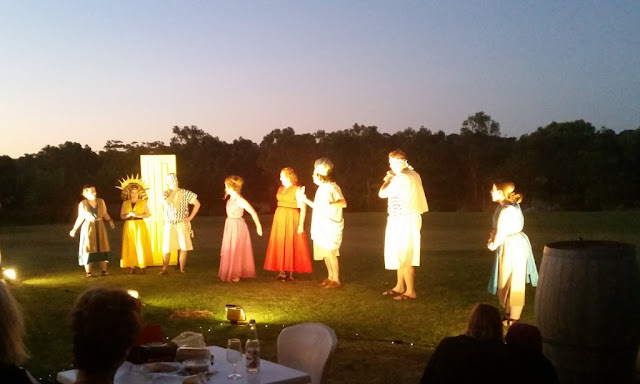 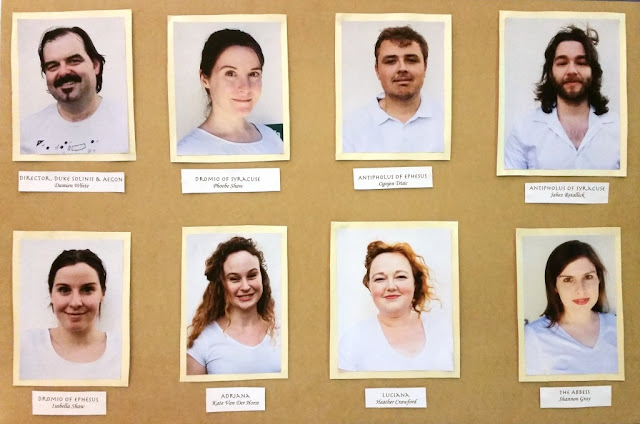 The following weekend, McLaren Vale was 'bike-city' for the 2019 Tour Down Under but I will save that story for the next blog entry.

There will be plenty of photos of team preparations and something special – the first ever giveaway on Lupey Loops!

What events do you enjoy?